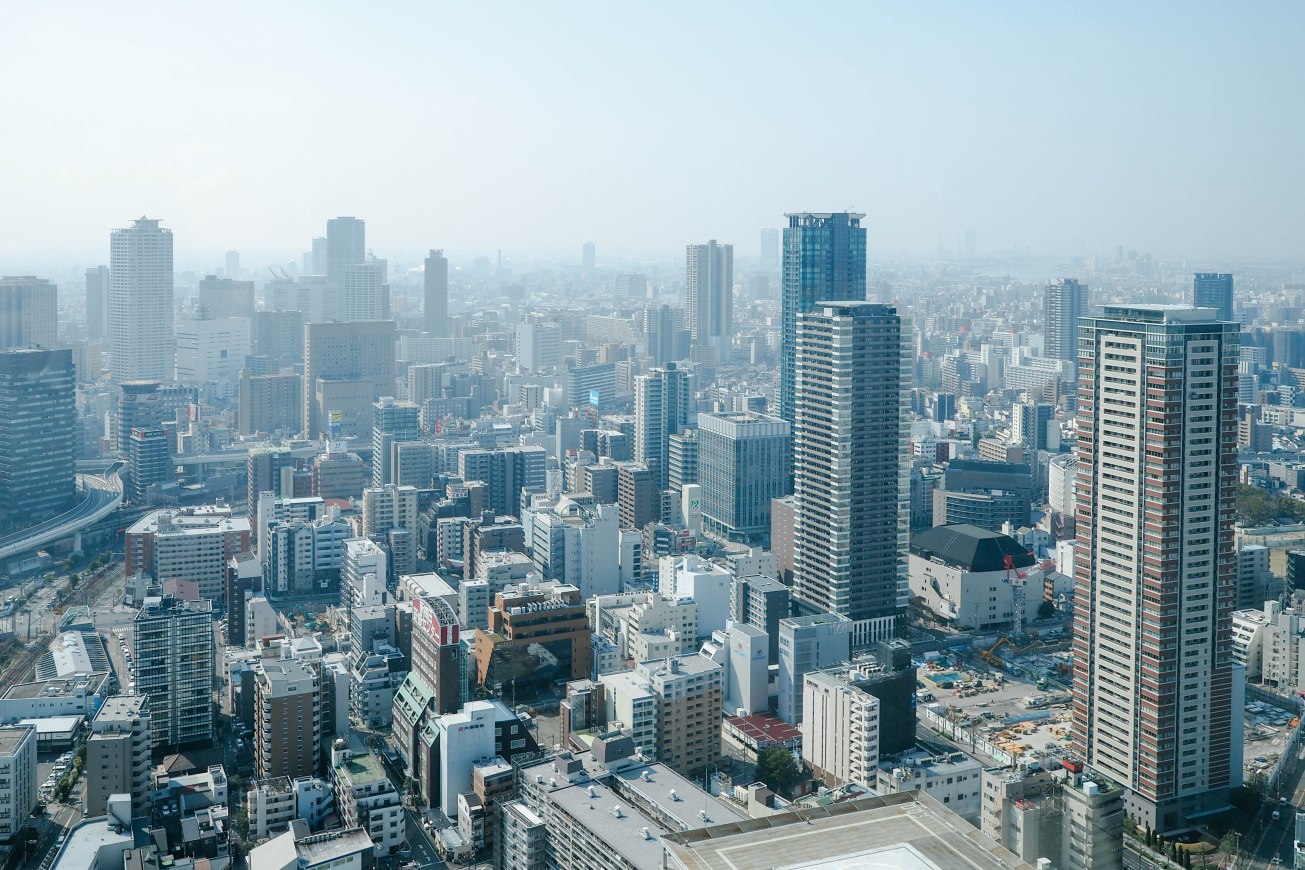 It’s been two weeks since I got back from my vacation in Japan. I know it’s always better to start writing about a trip right after it ends – memories would still be fresh and your mind would be floating somewhere in a transition zone between vacation and reality, but there just had been a handful of reasons why I had to postpone, or procrastinate, if you wish.

Without further ado, I’d like to tell you about the first five days I spent in Osaka. Hopefully you will have fun learning a thing or two about this city which you don’t already know.

i. The Umeda Neighborhood

When I travel for private occasions, I usually shy away from staying near the main station of any place. Sparing myself one subway ride to the hotel is just not enough to justify all the traffic, the noise, and the general shabby feeling around the station. This makes absolutely sense in most parts of Europe, but in Japan, I learnt during my last visits that it’s quite unnecessary to have such worries, and it proved to be especially true in Osaka.

I chose to stay in a neighborhood called Umeda in the north of Osaka. The Umeda station is the main junction for public transportation. All three main lines cross paths here: Hanshin, Hankyu and JR. This makes the station huge and much like a maze but manageable as long as you know which line to look for. The Umeda area itself is very modern with skyscrapers, department stores and office buildings. The selection of restaurants and cafes was the largest and most concentrated I’ve ever come to know. And despite the high-rises and the futuristic style, you can always find quiet parks to relax – just sometimes it may not be anywhere close to ground level!

Other than all the convenience the area offers, there is a quaint little neighborhood with quite the opposite flair directly next to where I stayed – its name is Nakazaki-cho. There are a few small streets with old houses turned into hip cafes or shops. Not a big neighborhood in any case, but it gives off a totally different feeling as you enter. I discovered it during a late afternoon walk, it was raining but not heavily, people strolled by with umbrellas in their hands, chatting, laughing, in a lighthearted way. Old, wooden houses stood still, colors of the stores grew more vivid under the overcast sky. I can’t paint a picture with my words, but surely can my photos.

Osaka isn’t a city with many sights. The most lively, but also touristy (and inevitably crowded) part is towards the south, where you find sights which are often used to symbolize Osaka, like the glico running man, Tsuutenkaku, Amerika-mura and so on. I was there on a Sunday afternoon and found it to be absolutely overwhelming. I know it’s not for me to say, since I was there as a tourist as well, but… honestly, I prefer to go to places where the locals hang out.

One interesting place I visited with a colleague of mine was an owl cafe. You can spend one hour there to get a beverage and pet some owls, quite a simple concept, yet jaw-dropping for some. When we were on the street trying to locate the place, we looked up and saw two giant owls next to a window, we were pretty sure they were only eye-catchers of the cafe until one of them turned its head! It was thrilling to be so close to those giant birds (or… beasts, says my colleague) for the first time in my life. The only concern I had was that they probably didn’t like us as much as we did them. I observed that some of them would like to close their eyes whenever they saw humans approaching – that’s nice, I mean… don’t you wish you could just close your eyes when somebody you don’t like is approaching?!

On the fourth day, I had to go to Kobe in the afternoon, so I was looking for activities in the morning not far from the Umeda station. In the end I decided for the Kuchu Teien Observatory in the Umeda Sky Building because of the nice weather. The observatory sits on the 40th floor and provides a panorama view of Osaka. After snapping a few pictures, I spent some time on the 39th floor, sipping coffee, writing my diary and enjoying the sun. For a quick lunch, I stopped by the gourmet street Takimi-koji on the underground level for some ramen. Takimi-koji is a place where scenes from the Showa period were recreated, it felt like a stage setup for a movie there.

When I was not sightseeing, I was trying out all sorts of food and shopping (ratio 5:1?), exactly these two things are what I think Osaka is great for.

It’s needless to say that the difference between Osaka and Hamburg is so huge that when I arrived in Umeda on a sunny Saturday afternoon, it felt like I landed worlds away from where I started. The much more fashion-conscious neighborhood, the constant stream of fast-paced commuters, the amazing food options literally everywhere, the people (and about half of them were usually guys) enjoying a dessert alone in a cafe. All of a sudden I could only rely on my very limited Japanese to eat at those tiny eateries with only one bar table… I guess you are supposed to “switch mode” right there and then after your plane has landed. Everything, everywhere was telling me in a eager voice “you are in Osaka, welcome to Osaka”. Now writing this blog post makes me really hungry for a set of takoyaki, or better yet, tsukemen, oyakodon, kaiten sushi…? The question I had to think about everyday.